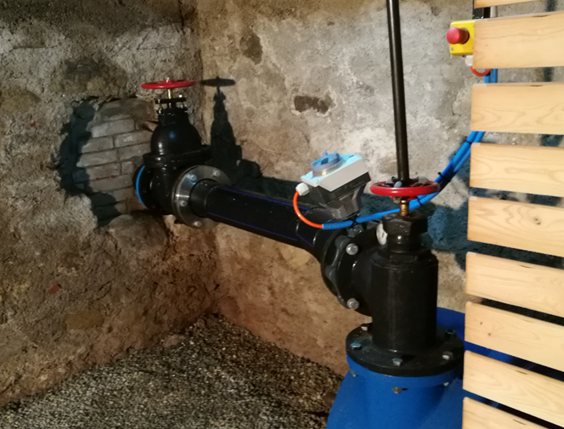 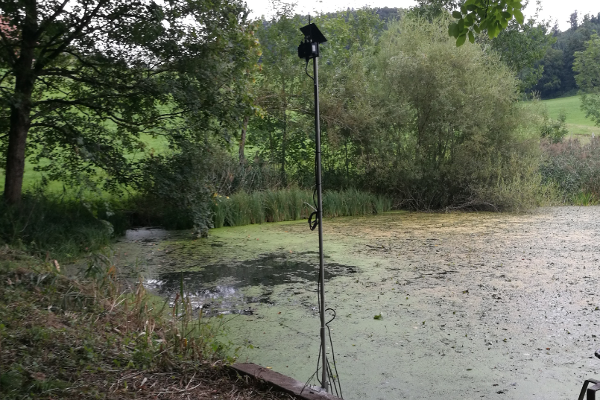 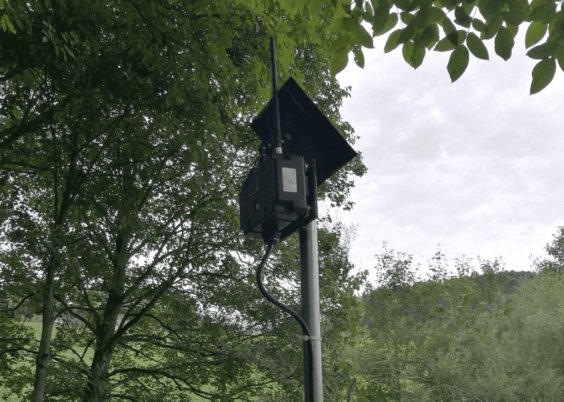 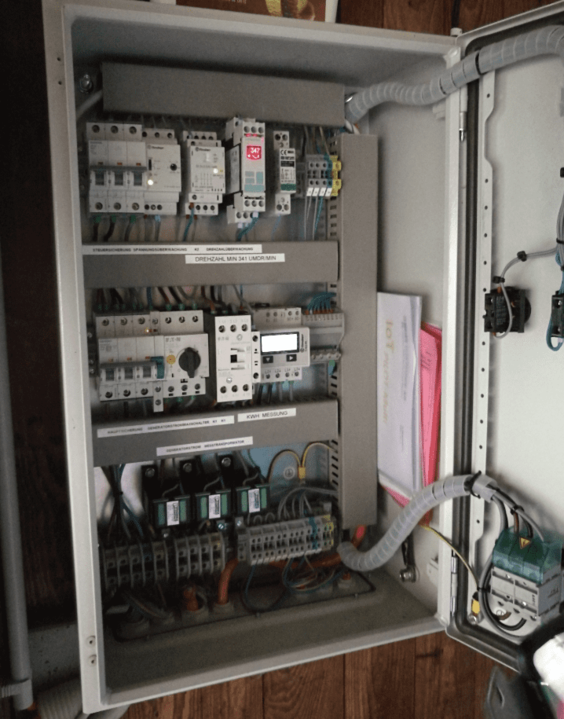 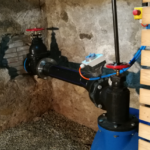 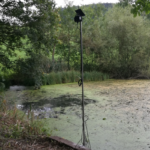 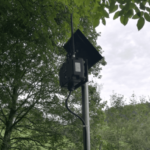 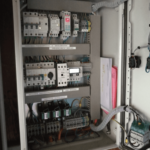 The customer operates his own small hydroelectric power station. His own pond serves as a water source. From there, the water is led to a lower-lying turbine. The electrical energy generated by the turbine is fed into the local power grid.
Tailored to the customer’s requirements, a control concept was developed which guarantees a cost-effective and simple operation of the hydroelectric power plant. The water level of the pond is monitored by means of float switches via an IoTPilot. The IoTPilot supplies itself with energy around the clock via a solar cell and an integrated battery. The current water level is continuously transmitted to the IoTGateway. One kilometre away from the pond, the gateway automatically controls the operation of the turbine.